Here at Greene Solutions, we like attics, crawlspaces and basements a lot. It’s a good thing, because we spend a lot of time in them! And while houses are, for the most part, structurally the same (there’s a foundation, walls, roof and attic, windows and a couple of doors), houses are built by people, and you know they’re not all the same!

While Ohio’s building industry today is regulated by building codes that were created for fire safety and occupant health, that wasn’t always the case. In addition, houses were not always built by people who were officially “carpenters.” Older houses have also been added onto, sometimes by generations of people. Many hands have been busy on an old house, some knowledgable and some not.

So when we are out doing our favorite thing (retrofit work on older houses), we get to see some amazing feats of construction. 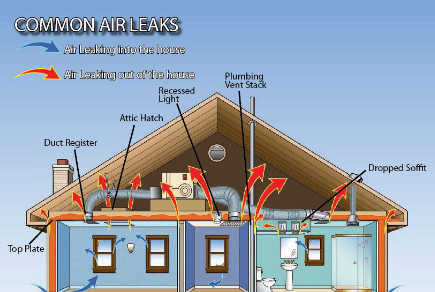 In our series “Strange but True,” we let you in on our world a little. We’ll show you some pretty crazy construction, describe the problem and its implications for energy use, as well as any health and safety issues we flag. Then we’ll talk about our solution to the problem, and follow it up with some comments from the homeowner once they’ve had chance to live in the house with the improvements.

Here’s our first Strange but True story: we were doing an attic insulation removal job. The homeowner had moisture issues in his attic for 20 years with some ceiling spotting. A ridge vent was installed at some point and made some difference, but issue still persisted. No one could suggest a solution. Surprisingly, there was no wood damage or mold, but both of these issues was always in his mind.

Sucking the insulation out allows us to find areas of air loss from the rooms below. We are always looking into crevasses, holes, seams, chases, etc to seal off and stop the constant the energy loss.

When we had cleared the attic and were doing our air sealing work, we found that there were interior walls that had never been capped. 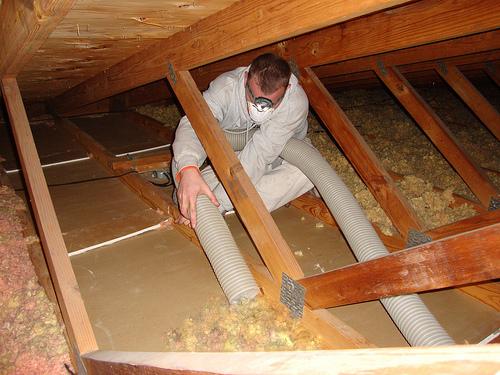 Once we had a decent seal in place, we blew insulation and carefully finished the job.

Imagine -- 20 years of fooling with a problem and the constant anguish of pending disaster, fixed! Our client is ecstatic that he no longer has to worry about this issue.

Contact us to learn how Greene Solutions can help improve the comfort of your home!